What to know More about the Darksaber in The Mandalorian

After falling at the hands of General Grievous and Darth Sidious, the Darksaber was left on Dathomir, where it was left alone.

Every light lightsaber in Star Wars has a story or a unique meaning, but there is one unusual “light sword” with a more complicated history than most of them – and it just so happens to be having a pivotal role in Disney Plus’ The Mandalorian.

We see Moff Gideon use a black-bladed lightsaber in the final scene of Chapter 8 of season 1. Mandalorian culture’s most revered weapon and artefact is the Darksaber.

In Chapter 11, “The Heiress,” Season 2, the episode connects the dots with the introduction of Bo-Katan Kryze, played by Katee Sackhoff.

The first Mandalorian to ever join the Jedi Order, created the Darksaber during the Old Republic. The saber itself was distinct from any other lightsaber at the time or since. The blade is tilted like a sword’s, and its emitter is likewise small and thin. The Darksaber has a dark blade and is notably shorter than most Mandalorian lightsaber, though its size and intensity can vary based on its owner’s emotions.

Tarre Vizsla, the first Mandalorian Jedi, was a sign of brief peace between the two constantly fighting factions. When Tarre Vizsla eventually became the Mand’alor, the ruler of Mandalore, he took the Darksaber with him back to his home planet. The Jedi Order collected the lightsaber upon his death, and kept it in the Jedi Temple. The weapon was then stolen from the temple by Mandalorians of Clan Vizsla, during the fall of the Old Republic.

Maul challenged Pre Vizsla, the leader of the Death Watch, to a duel for possession of the Darksaber, a lightsaber-like weapon that was the pride of the Mandalorians. Maul won the duel and the Darksaber became his.

Some of the proud warrior race left Maul’s Mandalorian rule and joined Bo-Katan Kryze, resulting in the departure of the Darksaber. Mandalore was thrown into a state of civil war as a result. Later, General Grievous and Darth Sidious fought over the Darksaber. They had no interest in it, so it was left on Dathomir where the fight ended. 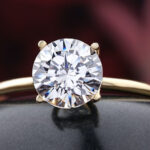