What is runtime application security all about?

RASP is also referred to as a runtime application self-protection security system. It is a modern form of security technology whose main focus is to identify and isolate threats round the clock. Runtime indicates that the security is operational on a real-time basis on the server and along with the application keeps on running. Normally it has to be deployed at the end of an application deployment process, but this security technology is incorporated into the environment of an application that makes it effective to detect daily threats or attacks. RASP securityrelies on application context along with behaviour to gather data and outline whether an app is performing normally or not. Since it is based on a server where an application thrives, it can detect and block attacks immediately.

The workings and benefits of RASP

In comparison to the normal security tools, RASP is known to use the data of an app as it becomes easy to detect, report, and block attacks. Since RASP is part of an application, the moment a system detects abnormal behaviour in an application, it will automatically isolate it and deal with the issue accordingly. What it means is that the technology can be altered based on the needs of an application.

RASP technology also enables the ability to alert, offer protection, and resolve any form of security issue that depends upon its severity. Let us consider it in this way: rather than serving as a security guard that protects the parameters of your application, RASP is known to serve as a motion detector, and the moment it recognises a security breach, it is going to ring an alarm. Below are some of the benefits of RASP security.

The challenges associated with RASP

Below are a series of challenges that are associated with RASP.

RASP and its comparison with WaF

There is bound to be a sense of confusion between the terms RASP and WAF. But a careful analysis indicates that both these technologies are different from each other. For a WAF to be effective, it may require a learning method and still not be equipped to deal with new types of attacks. Sometimes they may not have received the new set of rules to deal with the threats. On the other hand, RASP adopts a real-time defence mechanism against various types of threats.

RASP is known to be using the application itself, so it is possible to monitor the environment of an application as it is regularly updated and then developed. Both of them are known to complement each other well, so as to provide a business with a comprehensive and robust security solution. The name of Appsealing comes to mind straight away as it is one of the popular platforms. WASP is going to provide you with visibility of which types of application requests are sent. On the other hand RASP tries to figure out what the application does with those requests. So in such cases if some resorts to the use of a Metaspoilt, it is possible for an app owner to detect the cause of vulnerability.

GRAND MONDIAL CASINO CANADA REVIEW | ALL YOU NEED TO KNOW
What Is Chainlink (LINK) and Where to Trade Link?
Introducing Various Methods and Tools of Advertising on Instagram
Memory Foam Mattresses Have Five Advantages 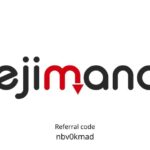 How to Get a Teji Mandi Referral Code